Why Nyack Gives Me Hope 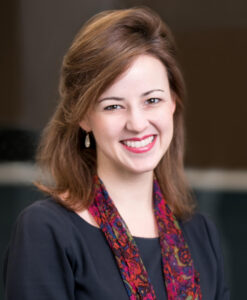 Some time ago I encountered two worlds within 24 hours—worlds yoked by Christian creed but divided by demographic and disposition. I was invited to attend a reception in the New York Yacht Club. The room was filled with Christian public intellectuals, politicos, bankers, think tankers, and it was largely male, and 100 percent Caucasian. These were true believers, and yet they felt isolated in their faith amidst a secular elite, beleaguered as well by a mainstream culture that seemed increasingly hostile to some fundamental principles.

“New York is so secular,” the panelists at the event lamented, “we need the moral courage of von Hildebrand to stand against the corrosive culture of our day.”

It was just weeks before the Supreme Court decision on gay marriage, and in general, there was an air of embattled weariness and defensiveness amongst these conservative and thoughtful Christians. There was fear in the room, though our surroundings were so plush, and many of us, if you asked for a resume summary, held pedigrees from Harvard and Yale, The New York Timesand Goldman Sachs.

Not 24 hours later I was sitting in the front row of Bethel Gospel Assembly church in Harlem, waiting for graduates of Nyack College’s Alliance Theological Seminary to walk down the aisle and receive their hoods. The pews were overflowing with immigrant families and African Americans hailing from Queens, Brooklyn, the Bronx and beyond, with many of those from overseas coming from the majority world.

Joy and expectation filled the air as one by one the Masters and Doctors of Divinity graduates walked, danced and bowed their way to the drape that would seal the student’s official readiness for ministry. According to the commencement bulletin and the professors’ prefaces that described each graduate’s plans post-Nyack, most were planning to return to their home countries or neighborhoods to serve in churches, social agencies, schools, and counseling centers. Instead of a great Christian heritage losing ground, as had been the posture at the elite event in Manhattan the night before, there was compassion in their testimonies, the scent of social mobility and hope anchored in honesty and fervent faith. There wasn’t a dry eye in the room when one Nyack professor addressed the graduates this way: “You don’t have to wait in line behind other people who are more important than you to receive God’s love.” Said another, “If the world will not listen to your words, make them listen to your lives.”

I couldn’t help but let my mind wander back to the reception the night before. The contrast was striking. One room had held a concentration of the elite faithful, largely homogenous in ethnic and educational make-up, nostalgic and feeling on the defensive. Yet not one subway stop away was another room full of Christians of every tribe and tongue, radiating hope and purpose. I found myself mesmerized, seeing at Nyack a very strong hint of the future of American Christianity, and it was a beautiful future. Imperfect, yes, with some deep structural challenges, yes, but an icon of joy and vitality and confidence in God’s power, and the power of the Gospel, over and above worldly power and control, worldly measures of status and influence.

So here I am back one year later, back at Nyack to be revitalized and encouraged once again by a setting which, to me, embodies a beatitudinal community, a real manifestation of Christ’s words when he said, “Blessed are the poor in spirit, for theirs is the kingdom of heaven.”

I come from a journalism background, as President Scales said, and the intrigue piqued last year has allowed me and several colleagues to have a chance to explore Nyack in more depth. President Scales and Provost Turk have graciously allowed us to meet and interview several of Nyack’s faculty and many students, attend chorale practices and classes. And as we have gradually become familiar with this place, not only have we seen a community that provides hope for the future of American Christianity, but we’ve seen a school that, in some surprising and unexpected ways, is strangely ahead of the curve in navigating the crisis currently facing American higher education.

So many are asking today: What is a university for? Is it for learning and for teaching, or for faculty research? Should it be a status-sorting mechanism, or an agent of social mobility? Should it be about prestige and name brand, or about matching a set of conditions with an incoming student’s background, strengths, and goals? Is it about training people for the labor market or is it about citizenship and human maturity? How much should any of this cost?

At the heart of so much of what plagues today’s colleges in this country, there seems to be a loss of courage to even ask questions of meaning and of character. There’s a soul vacuum, you could say, where students’ emotional, spiritual, and moral sides are not finding room to breathe in their college experience, to explore, to mature. Nyack, I think, in both its unusual degree of diversity as well as in its founding mission, is in a unique position to lead by example. To privilege caring for others over and above a competitive quest for prestige; to demonstrate what it is to honor neighbor over and above oneself and to build communities from here that are defined by this radical love and hospitality; to steep in a practical wisdom, that knows the grit of the streets and broken systems and the transcendent beauty of the Creator who delights in redeeming that grit and brokenness.

It’s been a total joy and a real privilege to get to know Nyack.  I leave you with a passage from Paul’s letter to the Corinthians which always brings Nyack to mind, and has humbled me in the process:

Brothers, think of what you were when you were called. Not many of you were wise by human standards; not many were influential; not many were of noble birth. But God chose the foolish things of the world to shame the wise; God chose the weak things of the world to shame the strong. He chose the lowly things of this world and the despised things—and the things that are not—to nullify the things that are, so that no one may boast before him. It is because of him that you are in Christ Jesus, who has become for us wisdom from God—that is, our righteousness, holiness and redemption. Therefore, as it is written: “Let him who boasts boast in the Lord.”