In his book, Mere Christianity, C.S. Lewis wrote, “True humility is not thinking less of yourself; it is thinking of yourself less.”

Those words embody the heart of two dear friends of Nyack College and Alliance Theological Seminary (ATS)—Dr. Tzuo-Yan and his wife, Mrs. Jean Lee. Their selfless philanthropy is exceeded only by their compassion for the students transformed by the unique education offered at the college and seminary. In fact, given their preference, they would choose to remain two of Nyack’s unsung heroes.

Instead they would tell about lives changed at Nyack like 2005 alumnus Luis Velez. His story is one of their favorites to share when asked about why investing in Nyack College is so crucial.

Luis Velez became attracted to street life as a result of violence and dysfunction in his home. His Nyack education became a part of why he decided to give back instead of giving up. Featured in a New Testament Bible insert, Luis describes his encounter with God: “His Word has influenced the way that I teach, mentor, and care for others. The Scriptures have shown me the purpose for my life and a hope for a meaningful future.”

Meeting Luis Velez was further confirmation for the Lees that supporting Nyack was an honorable commitment. It actually aligned with their overwhelming gratitude for American missionaries who were instrumental in starting churches in Taiwan in the 1950s. As a result of that evangelistic outreach, Mrs. Lee became a Christian and was baptized as a young teen at a Baptist church in southern Taiwan. Dr. Lee recalls attending church in Taiwan with his parents and his brothers.

Today the Lees are members of Chinese Christian Church of NJ (CCCNJ), a place where Dr. Lee, (affectionately known as “T.Y.”), served as an elder and has taught Sunday School for many years and where, through that commitment, experienced a renewal of his personal relationship with the Lord. It was also at CCCNJ that Dr. Lee became acquainted with the late Alliance Theological Seminary professor, Dr. Paul Siu, who was also a consulting pastor for that church. Several CCCNJ pastors and friends of the Lees are alumni of ATS, which made a relationship with the seminary a natural progression for them. In fact, they both have audited classes at the seminary.

Dr. Siu introduced the Lees to former Nyack College/ATS president Dr. David L. Rambo, who invited Dr. Lee to become a member of Nyack’s Board of Trustees. In his opinion, Dr. Lee didn’t feel qualified to fill the role and consequently, the retired pharmaceutical research and development consultant declined the offer. Again in 2002, he was approached about joining the Board. After discussing this second invitation to Board membership with his wife and their friend Dr. Siu, Dr. Lee finally relented.

The Lees are staunch advocates of higher education, having both come to the U.S. for graduate studies. T.Y. graduated from the University of Pittsburgh with a degree in biostatistics, majoring in clinical application; Jean earned a degree in zoology and went on to teach college level courses.

A dozen years later, T.Y. and Jean Lee continue to treasure their association with Nyack/ATS, particularly because of their respect for the institutional core values. Giving to the Miracle in Manhattan project—sowing into the potential for changing more lives in that bedrock of multiculturalism—was an easy decision for them. Supporting Nyack is their tangible expression of assuring that generations of students will find “purpose and hope for a meaningful future”…just as Luis Velez did.

The Lees are a perfect illustration of what it means to think of oneself less and to think of others more. They are a bit of the miracle called God’s love.

“Nyack has been the backbone of our ministry for 125 years. Nyack College/ATS maintains the core values of our founder, Dr. A.B. Simpson, and the Alliance. It has always been the mothership for Alliance higher education.”

Those words spoken by C&MA president, Dr. Gary Benedict, during the 2007 inauguration events for Nyack’s 12th president, Dr. Michael G. Scales, were magnified this year by more generous words. In a magnanimous gesture of the C&MA’s Metropolitan District, Superintendent Dr. Bruce Terpstra stated, “I am pleased to announce that our DEXCOM (District Executive Committee) has just voted to invest one million dollars into a strategic partnership with Nyack College.  Nyack is about to advance again in a major way by moving to a new campus in New York City.” 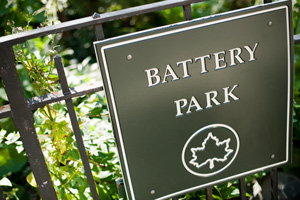 A press release issued by the C&MA, continued: “For more than a year, the DEXCOM has been praying about how to penetrate the vast and complex region of New York City with the gospel.  We continue to plant churches in the region which is having an impact, but it is clear that our current strategy and momentum is not sufficient to reach the growing lostness. That prayer has led us to believe that Nyack College is a key to reaching the city.  Nyack College has been growing and now graduates more than 700 students each year, most of whom reside locally.  These are students who have strong Alliance DNA and who have great potential to begin a movement of God.”

Dr. Terpstra added, “God has given us a vision to mobilize students upon graduation to form missional communities which will reach the city block by block, people group by people group.  We are calling these communities “Branch Communities” recalling a time under A.B. Simpson where he formed communities of people who focused on discipleship and mission.  We will be equipping them, coaching them upon graduation, and providing resources to them to accomplish the mission.”

Comments made by Dr. Benedict more than five years ago echo the sentiments of Nyack/ATS employees. They expressed confidence in senior leadership  in a survey which resulted in Nyack College being named a Chronicle of Higher Education “Great College to Work For.”  Of President Scales, Benedict commented, “Mike’s vision to expand to a university is fitting. It is continuing to fulfill the mission of A.B. Simpson. Mike is a networker and bridge-builder. That’s evidenced by the community relationships he’s already established.”Nyack’s Miracle in Manhattan initiative has motivated many others to get on board with the vision of the strategic relocation.

Churches of the C&MA Metro District