Job Posted: 10/23/2019 Job Type: Faculty Location: NYC The Alliance Graduate School of Counseling at Nyack College invites applications for an Assistant Professor/Full-time Faculty (9-month) position. Start date for the position is mid-August, 2020. We are seeking an individual who shares our vision for teaching, mentoring and training highly competent, compassionate, and effective professional student counselors in […]

Welcome to the fastest growing Christian counseling program on the East coast! Alliance Graduate School of Counseling (AGSC) is committed to prepare students for the role of mental health counselors who are emotionally mature, intellectually sound, and professionally competent. AGSC offers two programs: Master of Arts in Mental Health Counseling (63 credits) The Master of [...]
By NyackAdmin | Uncategorized
DETAIL

About MHCMHC OnlineFree Taste of MHC OnlineAbout MHC The Master of Arts in Mental Health Counseling program at Nyack’s Alliance Graduate School of Counseling (AGSC) is a biblically grounded program that combines the Christian faith with sound counseling principles. AGSC seeks to prepare students for professional counseling that effectively addresses the needs of others—whether as [...]
By NyackAdmin | Uncategorized
DETAIL

Welcome The Nyack College Counseling Center is dedicated to help you during your college experience in achieving healing and healthy progressive personal development. We provide free, short-term, confidential (fullest extent allowable by law), counseling in a supportive and safe environment through individual, couple, and group sessions. About Us Maggie Labocki, MA, LMHC, CCMHC Director of [...]
By NyackAdmin | Uncategorized
DETAIL

Withdrawal InformationCredit Refund PolicySatisfactory Academic Progress (SAP)Withdrawal Information Withdrawal Information If a student must withdraw from Nyack/ATS before the completion of studies, he/she is first required to consult with his/her advisor, and submit a NOTICE OF INTENTION TO WITHDRAW to office of the registrar. Please be aware that withdrawal from the program will require Federal [...]
By Steve Phillips | Student Financial Services
DETAIL 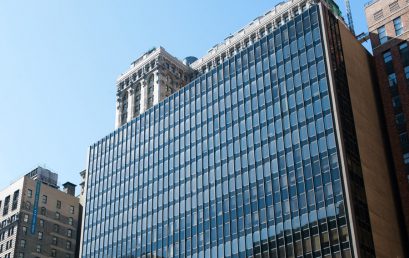 Please note and spread the word that our 20th anniversary celebration scheduled for December 13 has been cancelled. However, we’re still honoring the AGSC legacy by continuing to raise funds for AGSC students in need of financial assistance with hooding and commencement expenses. Visit www.nyack.edu/agsc20 for details.

In celebration of Alliance Graduate School of Counseling (“AGSC”) 20th Anniversary, the fund is set up to honor the life of its founder Dr. Craig Ellison and to live on into the future by blessing students who are in need of financial help for their AGSC Hooding and Graduation expenses.

Dr. Antoinette Gines-Rivera, Ph.D. is the Director of AGSC and the Mental Health Counseling programs at Nyack College, Alliance Graduate School of Counseling. Dr. Toni, as she prefers to be called, is a graduate of Regent University where she obtained her Ph.D. in Psychology & Counseling with a specialization in Counselor Education & Supervision. Also receiving […]