Nyack College radio station WNYK 88.7 FM will feature Times Square Church as its Ministry of the Month. Sermons by Pastor Tim Dilena will air on a rotating schedule April 26 through April 30 and throughout the month of May.

Tune in and hear these powerful messages.

Tim Dilena became the senior pastor of Times Square Church in May 2020—remarkable because he assumed the role at the landmark New York City church during an unprecedented time of world history—but also because he is only the third senior pastor in that lead role since the ministry was founded by David Wilkerson in October 1987.

Pastor Dilena brings more than 30 years of pastoral leadership and experience. He has also been a frequent speaker at Times Square Church. There is another key connection to the ministry as well. His father, Paul Dilena, is the police captain mentioned in the bestseller The Cross and the Switchblade written by the ministry’s founding pastor David Wilkerson.

Pastor Dilena is also a frequent speaker at chapel services for Major League Baseball and National Football League. His book, The 260 Journey, a daily New Testament reading and Facebook devotional is read worldwide. 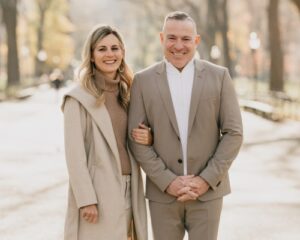 Tim and his wife Cindy are the parents of four children, Christian, Anna, Grace and Lauryn.