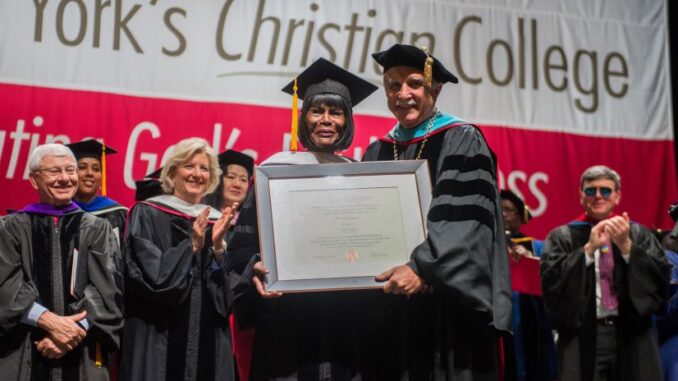 During Nyack’s Commencement Day Brunch on May 11, 2019, Ms. Tyson was inducted into the President’s Hall of Distinction in absentia. Later that day, she was presented with an honorary Doctor of Letters at Nyack’s 138th Commencement Ceremony held at the Westchester County Center in White Plains, New York.

Ms. Tyson has been the recipient of multiple NAACP Image Awards, Kennedy Center Honors and the Presidential Medal of Freedom. She graced the cover of the second annual TIME Optimists issue. Since 1996, Ms. Tyson has been the guiding force behind the Cicely L. Tyson Community School of Performing and Fine Arts. This $143 million K-12 institution of academic and creative expression in East Orange, New Jersey serves 1,200 students.

On stage, television and in film, Cicely Tyson has mesmerized audiences with her portrayal of strong female characters–from her stunning first stage appearance as Barbara Allen in Dark of the Moon to her triumphant 2013 return to Broadway. After a 30-year hiatus from the Broadway stage, she played Mother Carrie Watts in Horton Foote’s The Trip to Bountiful, for which she received rave reviews and the triple crown of theater awards: the Tony®, Drama Desk and Outer Critics Circle awards for “Best Actress in a Play.” Ms. Tyson shared the Broadway stage again in September 2015 with co-star James Earl Jones in The Gin Game.

With broad acclaim for her double Emmy® performance, she received “Best Lead Actress in a Drama” and an unprecedented Emmy Award® for “Actress of the Year” as Jane in The Autobiography of Miss Jane Pittman. Ms. Tyson also was nominated in 2015, 2017, and 2018 for an Emmy® for her recurring guest role as Ophelia in ABC’s “How To Get Away With Murder.” An Academy Award® nominee for her performance in Sounder, she received her 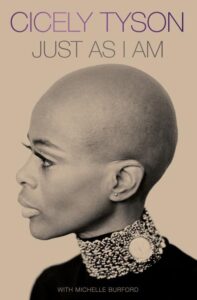 third Emmy Award® for The Oldest Living Confederate Widow Tells All. She was nominated for her performances in Roots, King, Sweet Justice, The Marva Collins Story and A Lesson Before Dying. Her film credits include The Heart is a Lonely Hunter, Fried Green Tomatoes, Because of Winn-Dixie, Hoodlum, Diary of a Mad Black Woman, Madea’s Family Reunion, Why Did I Get Married Too?, The Help, Alex Cross, Last Flag Flying and in 2018 for A Fall From Grace directed by Tyler Perry. On November 18, 2018, Miss Tyson received an honorary Oscar® at the Academy of Motion Picture Arts and Sciences Governors Awards.

Her book, Just As I Am: A Memoir, was released this week by HarperCollins Publishers, capturing 96 years of her glorious life.