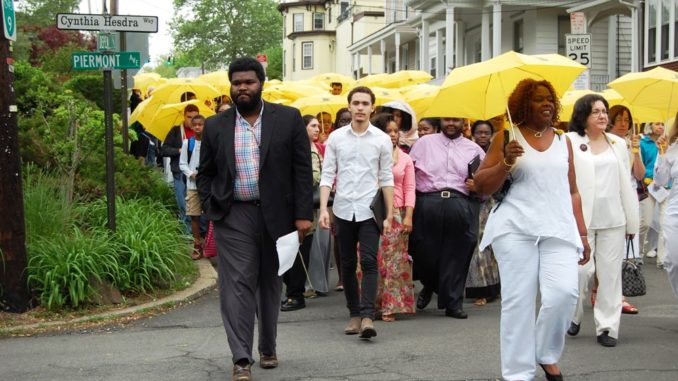 It was May 18, 2015 when Nyack College School of Music students led celebrants in singing as the crowd marched from the Nyack Center to Memorial Park overlooking the Hudson River for a milestone event in the Village.

The bench, on Piermont Avenue between Depew and Hudson Avenues in Nyack is the fourteenth of those dedicated around the globe. This one was installed in honor of 19th century Nyack resident and one-time slave, Cynthia Hesdra.

In 2010, this street was renamed Cynthia Hesdra Way. The bench sits 400 yards from property that was owned by Ms. Hesdra from 1837 through 1859, the period when Underground Railroad activity was most intense. Nyack was considered the half-way point between Underground Railroad stops in Jersey City, New Jersey and Newburgh, New York.