Dr. Michael G. Scales, 12th president of Nyack College and Alliance Theological Seminary has announced his retirement at the completion of his current term, which concludes June 30, 2021.

In his communication to the campus community, Dr. Scales stated, “The cause and mission of Nyack College and Alliance Theological Seminary has been the great cause and mission of my life. I’ve worked with dozens of colleges nationwide, and for me, Nyack /ATS has always been the most compelling story in higher education. This cause, the Nyack story is as compelling now as it was in 1882 … and even more so during such a pivotal time in our nation and the world. I am thankful to have been a part of it. This is the right time for a transition. My wife, Susan, and I pledge our unyielding support for this cause.” 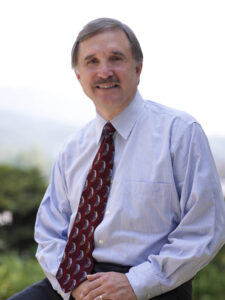 Named Nyack/ATS president in 2006, Dr. Scales championed the College and Seminary’s core values—of being academically excellent, globally engaged, intentionally diverse, personally transforming and socially relevant. During his presidency, Nyack has received prestigious national recognition for being a school that demonstrates racial and ethnic diversity of students, faculty and staff; enrolls international students; and serves students from lower-income and first-generation college families. Such commendations have come from publications including U.S. News and World Report and the Wall Street Journal/Times Higher Education College Rankings, citing Nyack as a top college in campus diversity and for the social mobility of its students.

A defining achievement during his presidency, Dr. Scales led the initiative to identify a new permanent home for the College in Manhattan, which led to the purchase of the 166,000 square-foot space located at 2 Washington Street, adjacent to Battery Park with the capacity of serving more than 3,000 students. Along with its decision to consolidate all programs in Manhattan, the College secured a facility in Jersey City, NJ to serve as its residence hall with convenient access by public transportation to the Manhattan campus. This facility will welcome students in October 2020, as part of the Nyack’s multi-phase reopening plan. 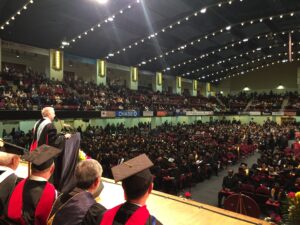 The Scales presidency also saw the addition of the College’s first doctoral program, the Doctor of Divinity degree at Alliance Theological Seminary, as well as the addition of the Master of Social Work and Bachelor of Science in Nursing degrees. In the summer of 2020, the College established the Center for Racial Reconciliation to educate, disciple and empower members of the campus community and beyond to lead the charge for justice and true reconciliation.

Among his work representing Nyack College, Dr. Scales was elected to the Presidents Council of the National Collegiate Athletic Association (NCAA), a 15-member panel of university presidents that is the chief governing body for NCAA Division II athletics, where he served as a Championships Committee Liaison. He has also served on the New York State Commission on Independent Colleges and Universities (CICU) Board of Trustees and he has held the vice chair position for the Council for Christian Colleges & Universities (CCCU) Commission for Advancing Intercultural Competencies. Dr. Scales is also a board member of The Christian & Missionary Alliance Foundation, Inc. (Shell Point Retirement Community), the largest life care community in Florida.

Dr. Scales previously served as an educational consultant and as the Nyack College Executive Vice President (2000-2003) and Vice President for Advancement (1989-1993). The Gadsden, Alabama native earned his BS in Bible and theology from Toccoa Falls College, his MA in humanities from Western Kentucky University, and his Ed.D. from the University of Georgia.

Nyack’s Board of Trustees Chairman Scott Slocum offered the following words of appreciation for the Scales presidency:

“President Scales has been the model of a great leader — godly, strategic, insightful, and courageous. What a blessing for me and our trustees to have witnessed this servant in action and to have served alongside him. This gentle leader has led well under severe circumstances. He has guided Nyack College and Alliance Theological Seminary during the most challenging days American higher education has ever seen. He leaves Nyack/ATS poised to have a world-changing impact. His legacy will be generations of graduates who might otherwise never have had the opportunity to attend a Christian college or seminary. On behalf of the Board of Trustees, I thank him for his leadership, and I wish him and Susan God’s richest blessings in retirement.”

With the intent of facilitating a fluid transition in leadership, the Nyack College/ATS Board of Trustees has begun work with an executive search firm to conduct a nationwide search for the school’s 13th president. The capable leaders in the College and Seminary’s academic, operational and student service departments will continue to provide students with exceptional service throughout this transition.