It was far from chance or a stroke of luck that Michael Bent was playing in Las Vegas, Nevada. In fact, it was clearly his God-given gift that made the accomplished cellist a winner in the Lowe’s Home Improvement Stores annual talent competition for employees in 2018.

Of the 260 people who competed, Michael was one of 13 winners from across the United States, Canada and Mexico. He and two fellow winners, an opera singer and a pianist, gave a performance honoring fellow employees for their community service. More than 3,500 Lowe’s employees attended the performance. 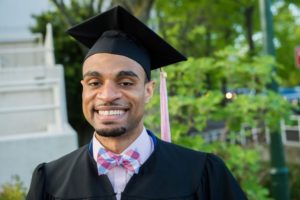 While attending Nyack’s School of Music, Michael was a Lowe’s customer service associate in Manhattan. Just as he helped customers select the right tools to successfully complete their DIY projects, he had to find the right instrument to unveil his talent. He learned that piano—or more accurately, practicing piano—was not his preference. But the sound of the cello that won his heart. He began playing cello as a nine-year-old fourth grader.

Fast forward to young adulthood, and Michael was performing at churches, concerts and weddings. He has been a member of a traveling orchestra and choir, The SymphonNYChorus (TSC) and performed with the Nyack College School of Music at David Geffen Hall, Lincoln Center. At a special President’s Hall of Distinction event for guests of Nyack President Michael Scales, Michael was selected as the solo musical performer. He has also made television appearances on the Three Angels Broadcasting Network in Illinois and Queens Public Television in New York. 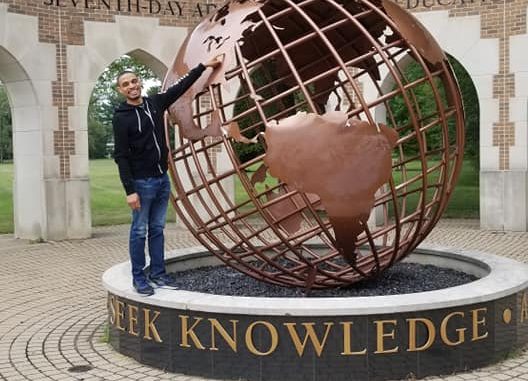 Today, the 2019 Nyack graduate is in Berrien Springs, Michigan at Adventist Frontier Missions where he is in a month-long training program for a position as a cello teacher at Peace Music Academy in Thailand. His courses include Cultural Issues, Introduction to Discipleship, Language Acquisition, Spiritual Warfare and more. While studying, he is also busy fundraising for a combination of living expenses and debt incurred during his college studies. On Facebook (Michael Bent) and Instagram (_blazermike), music lovers can stay abreast of how Michael is making music his mission.

He shares, “Recently, I found out that I am actually the first music missionary that the Institute of Young Musicians (IYMC) is sending out to work for the Lord! I have been given an awesome opportunity to teach music to children.”

IYMC is a youth ministry that focuses on sharing the Gospel through music education and performance. He became involved by participating in the organization’s annual conference for young people with a focus on the core values of “finishing the work of the Gospel in this generation; young people having an active role in God’s work and making Jesus the center of everything they do.”

Empowered by Nyack’s institutional core values, Michael explains how his alma mater prepared him for the opportunity he is about to pursue come September.

“Nyack College prepared me for this journey by giving me a globally-engaged perspective. Two years ago, I went on a global service-learning trip to Italy with my music professors, Drs. Sue and Dana Talley. That was my first encounter with becoming globally-engaged in a completely different country than my own.”

Michael has his sights on enhancing his talent by completing the Suzuki Cello Teacher certification and earning a master’s degree in music education.  Not satisfied to rest on his laurels, he shares, “There is a big, wide world out there, and I am looking forward to broadening my worldview.”