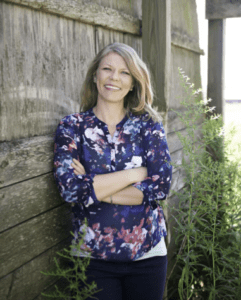 Angela Anderson graduated Nyack College in 2002 with a degree in Pre-K-6 Elementary Education and a minor in TESOL. Immediately after leaving Nyack College, she began teaching English at the Beijing Institute of Technology in Beijing, China, with a program called E.L.I.C.. She stayed in Beijing with E.L.I.C. for two years before returning home stateside to finish her master’s degree, after which she sought out a teaching position. Angela remarked that, “God’s blessings often come when credit can only be given to Him,” as He waited until Angela only had $10 left in her bank account when He entrusted her with the lives of first graders at Friendship Central School, located in Friendship, New York. Angela has been teaching there ever since.

When describing her school district, Angela said that Friendship “is a very small public school. Students from Pre-K to 12th grade all attend school in one building. It is located in a rural community with a transient population and with great economic disadvantage.” She said that she and her co-workers “work diligently in trying to instill a growth in the mindset of [the] students. It is amazing what a positive mindset will accomplish.”

Angela shared one of her favorite memories from her teaching career, when one of her students moved out of the district a few years ago:

Their home was not safe to live in. So they didn’t choose to move, they were forced to move. When they moved, I gave one of the little girls my phone number and told them to call me anytime. She did. She would call here and there just to chat. I soon found out that their family did not have a home to live in. With their parent’s permission, I drove out to meet them and took the children to Pizza Hut for lunch. Afterwards, we drove to the park to play. We all had so much fun together. To this day, it is still one of my favorite memories. A couple of years later, one of the boy’s teachers, at their new school, sent me an email letting me know that she had asked the students to think about a time a teacher impacted their life, and he shared that story. He was touched. The teacher was touched. And I was touched.

Angela said that Nyack did a wonderful job preparing her for her career, and that she only has fond memories. Angela grew up in the same area of New York where she teaches now. She said that “it is a beautiful place to live, but it can also be a place of no hope. Very few dreamers end up following their dreams, and most that do end up moving away.” She also noted that her hometown has very little diversity.

Angela said that going to Nyack College was the first step for her, personally, to break through some of the barriers and stereotypes she allowed to be true in her own life. Nyack taught her that, “with perseverance and determination, dreams can come true.”

Nyack taught me how to interact with people from a variety of cultures. Nyack encouraged me to live by faith and pushed me outside of my comfort zone. Nyack helped my overcome fears of inadequacy and insecurity. I owe so much to the professors of all disciplines (spiritual, educational, musical) who helped mold me into the teacher and person that I am today. For as long as I teach, I will always encourage my students to learn, to hope for a better future for themselves, and to step outside of their comfort zones. When there is no challenge, there is no growth. Thank you, Nyack College!