Nyack College Provost and Vice President for Academic Affairs Dr. David Turk was informed of Nyack’s recognition for diversity among institutions of higher education in the United States that offer accredited degree programs. This acknowledgement of Nyack as a frontrunner in diverse campus comes from College Factual, a leader in higher education data analytics. 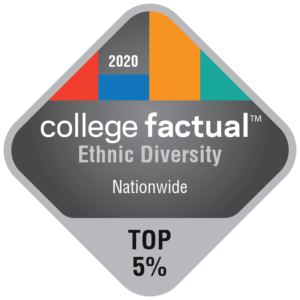 “Nyack College is ranked #145 out of 2,179 American colleges and universities and #11 out of 184 colleges in the state of New York analyzed for diversity,” according to a College Factual press release. “The university earned this ranking by achieving diversity of race, age, gender, and geographic origin on campus. The primary source of diversity information is enrollment data from an Integrated Postsecondary Education Data System (IPEDS) dataset reported by colleges to the Department of Education.”

Nyack was also in the top 10% of schools with degree programs in music, interdisciplinary studies, business and in the top 15% in theology and religious vocation for non-traditional students and veterans. 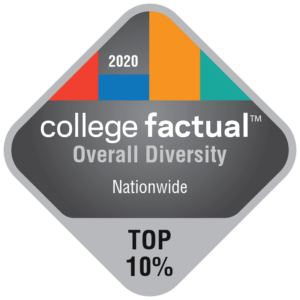 Recently interviewed by the Christian Broadcasting Network (CBN) about Nyack’s successful initiatives to achieve diversity, Dr. Michael Scales, 12th president of the College and Seminary remarked, “We remain committed as ever to our core value of being ‘intentionally diverse.’ As we look at what we have accomplished in the area of campus diversity, we see much progress for which we are thankful. When we look at the needs of our nation and our world, we see much work that remains to be done.”