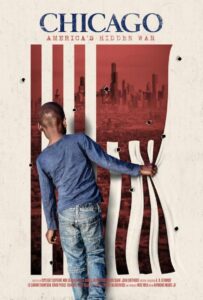 Dimas Salaberrios, a 2012 alumnus of Alliance Theological Seminary is a writer and producer of a powerful new documentary, Chicago: America’s Hidden War, which gained the attention of the Academy of Motion Picture Arts and Sciences. Before the finalists were chosen, the film was eligible for consideration as a nominee for “Best Documentary Feature.” A riveting trailer that exposes the horrific level of street violence is evidence of why the film was one of 240 works in that category.

Chicago follows Dimas on his courageous journey to fast and pray for a moratorium on inner city violence. Viewers hear from both sides of the “hidden war,” among them pastors, gang members and young people. The stats on violence in Chicago are staggering and the documentary captures the jaw-dropping numbers that compare wartime deaths to civilian murders. 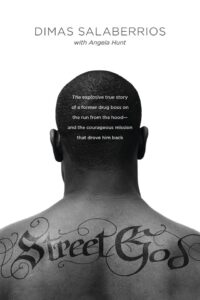 In his autobiography Street God, Dimas, a former drug boss, is personally familiar with the violence that paralyzes neighborhoods and threatens the safety of adults as well as babies and youth.

The evangelistic ministry of Dimas Salaberrios has taken him across our nation and beyond reaching out to survivors of natural disasters like the 2010 earthquake in Haiti or 2012 Super Storm Sandy in New York. He’s traveled to comfort victims of gun violence and their families in Charleston, SC after the 2015 killing of nine Emanuel AME Church members; prayed with the traumatized in Paris after the 2015 terrorist attack and to several states in our nation to pray and participate in nonviolent protests.

Even as the stubborn scourge of violence does not diminish, Dimas presses on in combat with this battlecry, “I think when darkness is running rampant, we have to bring the light!”