Executive Vice President and Treasurer of Nyack College/Alliance Theological Seminary (ATS), Dr. David Jennings, will be the featured guest on the WMCA 570 AM radio broadcast, “Pursuing God,” on Monday, October 1 at 9:00 p.m. 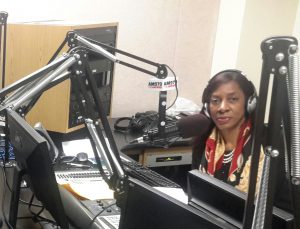 The program, which first aired in March 2012, is hosted by Nyack College and ATS alumna, Rev. Donna Baptiste, who is the president and CEO of Donna Baptiste Ministries, Inc. (DBM), which she established in July 2007. Rev. Baptiste has served as associate pastor at Clarendon Road Church in Brooklyn, NY since October 2013. She is also a Christian and Missionary Alliance (C&MA) Metro District evangelist.

In addition to his administrative strengths in higher education, these same leadership skills are incorporated in his compassionate service to the poor. In 1996 he served as a catalyst to launch a ministry in the Philippines that has given birth to several educational and micro-business ventures. In 2000, he was a part of a team that created New Life Community Health Center in Elmhurst, NY. Today, he serves as the clinic’s executive director, which uses a volunteer staffing model to provide nearly 3,000 free annual medical and dental visits to immigrants, homeless and the uninsured.

Tune in to enjoy an engaging conversation!